Researchers at the IIT-Istituto Italiano di Tecnologia (Italian Institute of Technology) have developed the first virtual reality archery game, aimed to include blind people in traditionally vision-based VR technology for the first time.

The platform was created to utilize gameplay as a way to understand how blind people move and orient themselves in space. While most believe that blind individuals rely on hearing and other environmental cues, the results of the study instead found that congenital blind people adapt to moving around various objects primarily by using vestibular, proprioceptive and motor cues.

“The ability to orient in space is obviously linked to vision, but the mechanisms by which this happens and the strategies used by the human brain to cope with vision loss are still unclear,” says Dr. Monica Gori, coordinator of the Unit for Visually Impaired People at IIT, in a statement. “Our last research result is a further step forward toward the understanding of how space and body combine to create the sense of space.”

Gori has studied these topics for years, and in one study demonstrated along with her team that the auditory skills of blind people vary depending on context and environment. Working with this platform allows for blind people to rely on their body as their primary information source, which is preferred to auditory cues (which are more typically preferred by blindfolded seeing people).

Future hopes for the platform is that it will be used to develop and rehabilitate blind people’s orientation skills, similar to how Braille allows for independent reading and writing. But, researchers and developers agree—it can also be used for fun.

“Scientific purpose of the game aside, giving blind people the chance to try virtual reality was fulfilling,” said archery game developer and UVIP lab member Davide Esposito. “Many of our participants were having [a] lot of fun while doing the experiment, and wanted to keep playing even after the experiment ended.”

Their research is published in the journal Frontiers in Human Neuroscience. 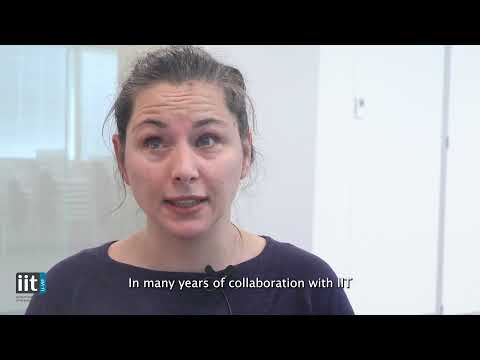